The Shocking Truth About Vegetable Oils

Vegetable oil is one of the most commonly used cooking oils in households these days. However, there are several issues surrounding them with regard to whether they are good for our health or not.

A quick online search will lead you to a plethora of information about vegetable oils coming from a wide variety of experts. Each have their own opinions about this topic and figuring out whom to believe can be quite a challenge.

It is important to weed through all the confusing information so that you can make an informed decision on whether you should be using vegetable oils in your household or not.

Here are the most important vegetable oil facts you need to know.

What is Vegetable Oil?

Vegetable oils, also known as vegetable fats, are a mixture of triglycerides that are extracted from seeds, fruits, grains, and nuts. They are liquid at room temperature.

For culinary purposes, they are often used as shortening for pastries, to give texture, to add flavor, or to use as a flavor base. Vegetable oils with a high flash point, such as sunflower, canola, soybean, rapeseed, coconut, and palm oils, are also often used as cooking oil.

Vegetable oils also have industrial uses. They can be added as a component in manufacturing products, such as candles, drying oils, perfumes, cosmetics, and other personal care products. Some pet foods are also produced using vegetable oils. In addition, they are likewise used in producing biodiesel.

Some vegetable oils were already being used in the Middle East and Central Asia as early as the Bronze Age. However, it wasn’t until 1911 when Procter & Gamble started marketing cottonseed oil in the US. Soybean oil, on the other hand, only came to be after soybeans came to the US from China in the 1930s and Henry Ford established a research laboratory for the crop. Soybean oil eventually became the most popular vegetable oil in the US by the 1950s and 1960s. It was already in the 1970s when Canadian researchers first developed canola oil from low-erucic-acid rapeseed cultivar. However, US farmers only started planting large areas for this in 1985.

What vegetable oil is made of?

Consumption of these vegetable oils has increased in the past century compared to other fats such as butter. This increase can be linked to the fact that they are often labeled as “heart-healthy” and are said to reduce risks of heart problems. However, most of these oils contain high amounts of polyunsaturated fats and omega-6 fats.

The polyunsaturated fats you eat become incorporated into your cell membranes, making them susceptible to oxidation too. These can eventually cause inflammation and cell mutation, which can lead to many different health problems including clogged arteries, skin cancer, and even reproductive issues such as endometriosis and PCOS.

The issue with Omega-6 fats also lies in over-consumption. The body needs both Omega-3 and Omega-6 fats to be balanced. Omega-3 fats are needed because they not only reduce inflammation but also protect the body from cancer. However, a lot of people consume a much higher ratio of Omega-6 fats. Eating excessive amounts of this may increase the chances of inflammation and contribute to the development of various diseases.

Commercially produced vegetable oils may also contain trans fats. Trans fats are formed during the process of hydrogenation, which is done to make the oils solid at room temperature. High intake of trans fats must be avoided because it is associated with a variety of health problems such as cancer, diabetes, obesity, and cardiovascular diseases.

Vegetable oils are processed using chemicals. This includes artificial antioxidants, such as Butylated Hydroxyanisole (BHA) and Butylated Hydroxytoluene (BHT). Typically used to prevent the oil to oxidize or spoil too quickly, these chemicals are actually linked to health problems such as infertility or sterility, high cholesterol, liver or kidney damage, behavioral problems in children as well as producing compounds that can cause cancer.

Aside from these, vegetable oils likewise show traces of pesticides and chemicals which usually come from genetically modified sources.

How is Vegetable Oil Made?

The basic process of producing vegetable oil involves the removal of oil from the plant via extraction. This process is called cold pressing, and this produces light and flavorful oil that can be used for cooking.

Cold pressing is typically done to produce some vegetable oils such as peanut, olive, coconut, and sunflower. However, cold pressing is not suitable for the production of other oil sources. There are those that need a more complex process in order to produce a more consistent, bland and clear oil. For this, they undergo either a mechanical or solvent extraction process.

This is commonly used to produce traditional oils such as olive and coconut oils. It involves crushing or pressing the seeds using several different methods. One such method uses expellers, such as a powered mortar and pestle called ghani, as well as through the use of a screw press or ram press. Another one used mostly in developing countries is called oilseed presses. The percentage of oil extracted using these methods vary widely.

Commercially processed vegetable oils, especially those of newer varieties such as soybean and corn oils, typically go through a different process that involves the use of chemicals called solvent extracts. These solvent extracts are used because it makes the process quicker and less expensive aside from the fact that is able to yield more oil. Hexane is the most common petroleum-derived solvent used.

The next step removes the hexane via heating the mixture. Then, the oil goes through a refining process that is supposed to remove impurities including color, odor, and bitterness.

In the refining process, the oil is heated between 107 and 188 degrees Fahrenheit (41.6-86.6° C). Then an alkaline substance, such as sodium carbonate or sodium hydroxide, is mixed in. This forms soap from the undesired fatty acids and alkaline substance, which is removed via centrifuge. Additional washing is done to remove all the traces of soap then it is dried.

The next step is to de-gum the oil usually by treating it with steam, water with acid, or water heated at 188 to 206 degrees Fahrenheit (86.6-96.6° C). This causes the gums to separate from the oil and are then removed by centrifuge.

If the oil is meant for use in cooking, it undergoes a bleaching process, wherein it is heated then mixed with filter acids. Filter acids like activated carbon and activated clays absorb impurities and color in the oil. Further filtering is done to remove all traces of filter aids and impurities.

However, the oil is winterized if it is meant for refrigeration or for use in salad dressings as an example. The oil is chilled rapidly and filtered in order to remove waxes, making sure that it will not solidify when placed in the refrigerator.

The last step is called deodorization, a process that most corn, soybean, and canola oils in supermarkets go through. This is done so that all traces of flavors and odors are removed. This also causes the color of the oil to lighten. Deodorization is done by heating the oil under vacuum to near smoke point. When steam bubbles through the oil, this carries any chemicals and impurities along with it. When this is done, the oil then considered fully refined.

There is an additional process called hydrogenation that vegetable oil has to go through if it is to be made into margarine or shortening. Hydrogenation makes the oil solid in cold temperatures. It is in this process that trans fats are created.

Is Vegetable Oil Good for You?

After stating all these facts about vegetable oils, it is safe to say that they are not all that good for your body. Most of them are not meant to be consumed at all. Consumption of unhealthy oils can lead to a variety of health issues. Besides, there are healthier alternatives that you can use instead.

There are, however, some oils that are safe to use. How then do you know which ones they are? Below we listed them down so that you can determine which ones to avoid and which ones to use.

The following oils contain healthy fats that are beneficial to the body.

There are also other oils that are nutritious but high in Omega-6 fats. Therefore, you should take these in moderation. They are flaxseed oil, walnut oil, and macadamia nut oil.

The shocking truth is that not all vegetable oils are healthy. There are a lot of unhealthy vegetable oils available in the market, even those that claim to be heart healthy. The important thing is to be discerning and know which ones you should and shouldn’t use. 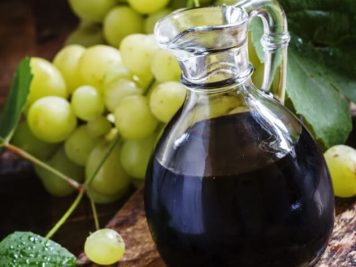 Does Balsamic Vinegar Go Bad? How Long Can You Keep It?

Balsamic vinegar pairs well with everything from salad dressings to pasta, poultry, cheese, and fruits, but it’s probably not something a home chef uses regularly. The good news is, it can last ages, but it does have the potential to go bad if not cared for properly. 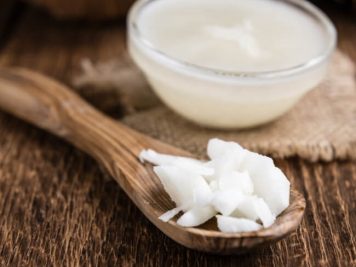 Does Coconut Oil Go Bad? How Long Can You Keep It?

Coconut oil does not go bad quickly. This can be credited to the oil’s high fatty acid content. In fact, it has a longer shelf life compared to other vegetable oils such as olive oil, which lasts only a year. 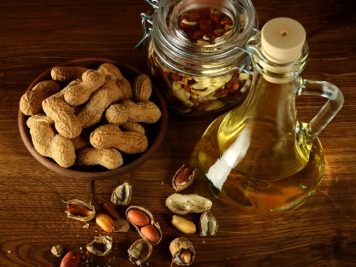 Choosing what cooking oil to use can become quite daunting because there are so many options available.