Coconut oil has a long-standing reputation of being a widely-used edible oil. It is generally used for cooking, but it is also known for other purposes. Aside from being a household staple, this tropically-abundant commodity is also known for its industrial uses, such as an alternative ​biofuel​. The virgin coconut oil variety, with its several potential health benefits, is seen to be a driver of growth in the coconut industry.

The world’s top three producers of coconut are Indonesia, the Philippines, and India. The harvested coconuts from these countries are turned into valuable coconut products. Among these products, coconut oil is one of the most versatile and widely used by people of all ages.

How is Coconut Oil Made?

The “dry” method requires fully drying the fresh coconut meat of a mature coconut different. A small amount of heat is applied in this process of drying, then, using another machine, the coconut oil is removed and extracted by means of pressing.

This doesn’t stop manufacturers from labeling coconut oil as either virgin or extra virgin. Technically, these two coconut oils do not have any difference; they both refer to the same grade of coconut oil which is unrefined. Unrefined coconut oil means that the oil has undergone the least amount of processing. This unrefined state makes it more nutrient-rich as opposed to its refined and heavily-processed counterpart.

A method used to preserve nutrient content, cold-pressing involves the production of coconut oil in heat-controlled environments and without the use of chemicals. The oil is processed in temperatures not exceeding 120° F (48° C). By using a heat-controlled process, high-quality coconut oil with abundant phenolic compounds is produced. These preserved substances act as antioxidants that rid the body of free radicals. Also, in addition to affecting nutrient quality, the low temperature involved in the process imparts a milder and almost neutral flavor to the cold-pressed coconut oil.

Hydrogenated is a term used to describe coconut oils that have undergone the process of hydrogenation. Hydrogenation means that, in high heat, hydrogen atoms are added to the coconut oil to turn its unsaturated fat components into saturated fats. This results in a more solid form and longer shelf life as it prevents quick spoilage. It also increases the melting point of the coconut oil from 77° Fahrenheit (25° C) to 86-97° Fahrenheit (30-36° C).

Partially hydrogenated oil (PHOs) is semi-solid in form. It is regarded as the more dangerous type and is advised by the Food and Drug Administration (FDA) to be eliminated in food ingredients. The process of partial hydrogenation creates trans-fats which is associated with heart disease, weight gain, obesity, and stroke.

The process of hydrogenation is done to other vegetable oils as well. Some oils are partially hydrogenated, while others are fully hydrogenated. The difference lies in whether or not the carbon-carbon double bonds in the oil are completely reduced or not. Vegetable shortening, fast food products, bakery goodies like cookies, and many others make use of partially-hydrogenated oil.

Non-hydrogenated coconut oil is coconut oil that has not undergone the hydrogenation process. The unsaturated content of the oil remains intact and unmodified. This type of oil is better than hydrogenated ones.

Also called refined, bleached, and deodorized (RBD), refined coconut oil is highly-processed, which is why it is clear and has mild (to almost no) taste. RBD coconut oil comes from dry milled coconuts that have been machine-pressed to release the oil content. The coconuts are baked in high heat before the oil is extracted from them. The high heat deodorizes the coconut oil and then bleaching follows. The oil is filtered and passed through a bleaching clay to rid it of impurities (such as insects, dust, and even microbes). Some commercially-available refined coconut oil also undergoes partial hydrogenation to increase their shelf-life. The higher smoke points and cheaper store price make refined coconut oil a popular cooking staple.

Which Type of Coconut Oil to Buy?

If you want to buy the best possible type of coconut oil, you need to look for a few terms in the label. First, find a coconut oil bottle with the words “certified organic” on the label. This ensures that the oil you are about to purchase has not been exposed to harsh pesticides.

Second, choose unrefined coconut oil over refined and cheaper ones. The refined variety, with its extraction, bleaching, and deodorizing process, has been stripped-off of its nutrients.

Finally, avoid hydrogenated coconut oil and stick to non-hydrogenated ones. This helps you avoid the risk of introducing trans-fat to your food if you use coconut oil for cooking.

There is a wide range of benefits and applications for coconut oil. For every type, there is a suitable use.

With a wide variety of coconut oil types available commercially, it may be confusing and overwhelming to choose the best one for your needs. Having a handy guide to check which ones are essentially useful and which ones are devoid of nutritive value can help you discern the type of coconut oil that can give you your money’s worth. 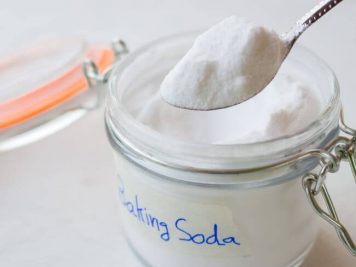 Baking soda is one of the most versatile things present in every home. Many people use this compound as a leavener when baking, but it is no secret that baking soda has a variety of other benefits to offer. 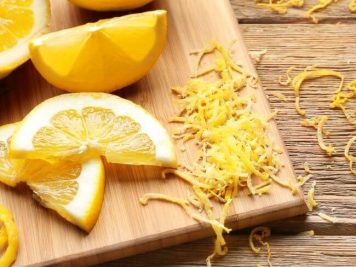 21 Amazing Benefits and Use Cases of Lemon Peels

Lemons are one of the most versatile fruits in the world because they can be used in many different ways and provide a multitude of benefits. 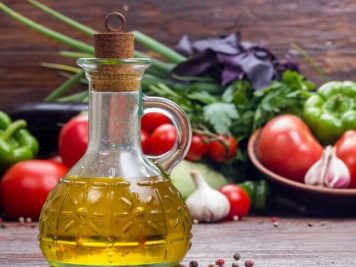 The Shocking Truth About Vegetable Oils

Vegetable oil is one of the most commonly used cooking oils in households these days. However, there are several issues surrounding them with regard to whether they are good for our health or not.